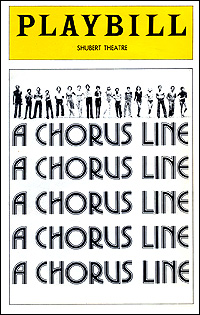 One of these days, I am going to exhume my collection of Playbills in the attic. It will be such fun to revisit the incredible theatrical events I witnessed over the years--especially the early years of our marriage. Back then, we were too stupid to save our money, and blew it regularly--not only on rent and food (arguably not stupid expenses) but on plays, especially plays on and off-Broadway. At that time, I still thought of myself as an actress, albeit one with no ambition to star on the Great White Way (which should have tipped me off). Steve was a bona fide actor, and I'm sure he did envision himself trodding the boards at the Shubert Theatre someday. In any event, we'd often find ourselves standing in the freezing cold (it always seemed to be freezing cold there, even in May) in the Times Square half-price ticket line, hoping to score cheap seats for the matinee or the evening performance. 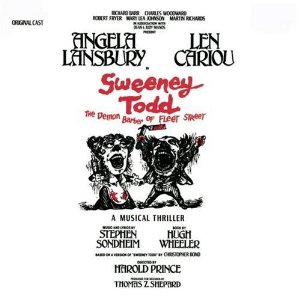 And what wonders we beheld! Zero Mostel in Fiddler on the Roof. Angela Lansbury and Len Cariou in Sweeney Todd. Diana Rigg and Alec McCowen in The Misanthrope. Peter Firth and Anthony Hopkins in Equus. The exhilarating 1974 revival of Bernstein's Candide. The opening week of A Chorus Line (and yes, we knew it was going to be a hit). Armed with our precious tickets, we entered incredible worlds of illusion, and, for two hours, were swept away.

The arrival of the children put a rather abrupt end to our New York theatregoing. Orchestra seats at the Winter Garden = three months’ worth of Pampers (and that doesn’t include parking and the babysitter). No contest. Attending plays was relegated to the archives of my life, something I no longer did.  When I was feeling wistful, I’d listen to the soundtrack of Company and pretend I was in Row D, soaking it all in. 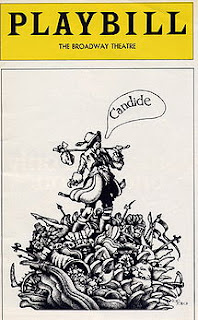 There was a brief flurry of off-Broadway activity back in the 90s when our show about Howard Hughes, Flight, had two staged readings in New York. At the time, a real production seemed feasible. Pretty naïve. Now, I realize that 99% of all current hit shows either a) feature big names from the movies or TV b) are revivals of past successes or c) both. As a writer, that’s discouraging, because I know there must be a huge number of wonderful scripts that will never see the light of day because Angelina Jolie has passed on them.

I wish we could have swung family trips to the Big Apple to take in some plays, but we couldn’t. But now the kids are at or near the point in life where they have some disposable income to see an occasional show, and I heartily encourage them to do so. Some of my fondest memories involve sitting in the balcony at the Helen Hayes Theatre, and feeling my heartbeat quicken as the house lights dimmed, the orchestra struck up the overture, the curtain rose. 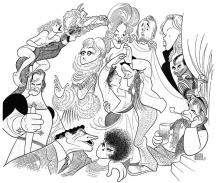