Visiting the Band--and Our Daughters

A bright Springtime sun shone yesterday, and the weather was only part of the warmth I felt.

It was a Girls Day Out in New York with my dear friend Holly, and our daughters Rose and Hannah. We have been friends since the girls were babies, and now these babies are all-grown-up Brooklynites with apartments and Manhattan careers. As we ate lunch in a delightful bistro, we laughed and split desserts and caught up on each other’s lives. I recalled playdates, the Mother-Daughter Book Club we were part of when our girls were in elementary school, and the decades of Christmas week family dinners shared. The little girls who ran lemonade stands in an Oreland yard, have become two accomplished young women navigating a big, exciting, stressful city.

After lunch, Hannah and Rose went on with their days, and Holly and I proceeded a few blocks north, to Broadway and our matinee. The Band's Visit swept the Tony Awards in 2018, and for good reason. Everything, from the imaginative set to the impeccable performances to the haunting score, is top-notch. The storyline is simple—a military band from Egypt is invited to perform in an Israeli city, Petah Tikvah. When they purchase their bus tickets, the Egyptians mistakenly book passage to a totally different place with a very similar name, Bet Hatikva. And so they arrive in this isolated desert town, where they are invited to send the night. The townspeople are used to waiting for something to happen, from the restless café owner Dina, who longs for a more exciting life, to the young man who camps out at the town’s only pay phone, waiting (and waiting) for his girlfriend to call him. The arrival of these strange musicians definitely makes things happen. Dina develops feelings for the band’s conductor. A squabbling young couple finds peace as they listen to a band member’s beautiful clarinet solo soothing their fussy baby. A sweetly singing Arab coaches a clumsy Israeli youth, who fears approaching the girl he likes. The band’s 24 hour visit changes everyone, and offers a glimpse of the amazing possible—a world where traditional adversaries discover common ground, no matter their language or culture or political baggage.

On the train ride home, I thought about friendship, and how much we all need it in our lives. Often, random encounters spark these lasting relationships (I met Holly when she, the pastor’s wife, watched tiny Rose in the church nursery when we first visited Christ’s Lutheran in 1989). Were we destined to connect? Were the musicians who misspelled their destination meant to connect with the residents of Bet Hatikva? I am forever grateful that we bump into each other on the road of life, stop and recognize that we are companions.

Something is always happening. In New York. In Bet Hatikva. Even in Oreland. I feel so lucky to have had something wonderful happen to me, on a sunny Spring Saturday, in the company of women I love very much.

Posted by Elise Seyfried at 12:17 PM No comments:

Last Saturday there were two significant Seyfried events, my book launch party in the afternoon, and a concert featuring Sheridan in the evening. Both events were the culmination of a lot of effort. I have been working on my fourth book of essays, In Discovery, for many months. Sher has been diligently practicing piano for the Rubin Memorial Concert at Kohelet Yeshiva High School, where he is the music teacher.

In both cases, we have labored more or less alone, and have been hopeful about, but not sure of, the finished products. Many were the nights when I would be at the dining room table, scribbling my stories, while in the next room Sheridan was going over his solo pieces for the concert—New Age music by George Winston, David Lanz, and Philip Aaberg.

At last, the book was published, and the concert program was ready. March 9th was the magic date for twin celebrations. My dear friends Bev and Bob opened their lovely home for the book party. Rose, Julie and Julie’s boyfriend Gil were here from New York City. Patrick got off work and came over from Downingtown. I greeted many friends as well, and signed and sold dozens of books. I had the opportunity to read four stories aloud to the assembled group, and for the first time heard laughter and applause for these new works. 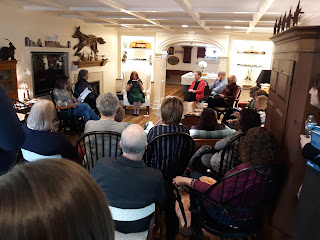 Later that night, Steve and I traveled to the Main Line for the concert. Sheridan was warmly introduced by the Rabbi, and did a fine job of playing. Our son introduced each work with thoughtful comments about his eight years of teaching, and being part of this close-knit Orthodox Jewish community-- “Things I’ve learned at Kohelet...” connecting each observation to the musical composition to come. At the end, he played violin, and was joined by some of his students and some talented alums of the school for a really fun bluegrass set. We were very proud of the obvious affection everyone there has for Sher, and their appreciation of both his talent, and his dedication to their children. 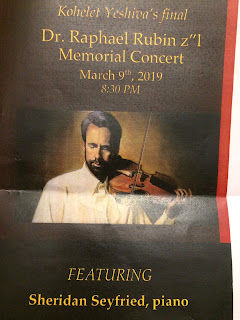 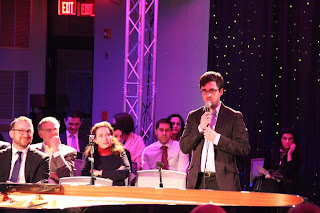 Musicians and writers spend countless hours working on their own, practicing their instruments, or moving sentences and paragraphs around. To have the chance to share the fruits of their labors with others is pure joy, especially when the audiences are people they know well, and care about deeply. Sheridan and I were surrounded by love last Saturday, and we both understood how wonderful those experiences were.

Beloved communities come in all shapes and sizes. They gather in times of happiness, and sorrow. They support each other. They delight in each other. In a tough world, we all need a community around us…church, school, neighborhood. I pray that everyone has a day like Saturday in their lives, when their beloved community surrounds them and embraces them. And I pray we can form communities like that, wherever we are and wherever life takes us. Everybody needs a cheerleader sometimes. Let’s be that cheerleader for one another.

Posted by Elise Seyfried at 12:38 PM No comments:

The Incredible Lightness of Being Sorry

I have always been drawn to the concept of repentance. I was a childhood regular in the confessional, where, if I couldn’t remember all my sins I’d make one up—which was then a lie, and another sin to disclose! I always felt so good after confession, so right with God, however short-lived the feeling might be. And the season of Lent appealed to me greatly, because it was a whole 40 days of repenting, literally “turning back” to God. Fasting was a big part of the experience, fish dinners and skipped meals. Nowadays relatively few people observe any type of fast (unless it’s for weight loss). But the original idea was to join in Jesus’ fasting for 40 days prior to his ministry. 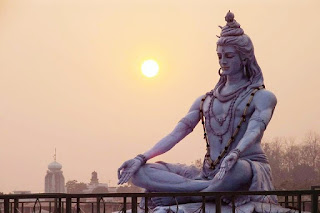 Times of penitence are part of most faith traditions. For example, today is the Hindu observance of Maha Shivaratri, involving Shiva, the god of destruction (Shiva destroys evil). In one story, Shiva swallows poison to save the world. Faithful Hindus fast today, express their regrets, and believe they can thus shed the bad karma that may have plagued them for multiple lifetimes.

Our Jewish brothers and sisters mark Yom Kippur as the day of atonement, preceded by 10 days of fasting and repentance. It is a time to make amends with those they have wronged, and to make things right, with each other and with God, and to start fresh in the new year.

In Islam, the repentance lasts the entire month of Ramadan. Muslims turn to Allah seeking  forgiveness for their mistakes and misdeeds, and on the final day of Eid al-Fitr, they break their fast and celebrate their clean slate with the Almighty.

Lent begins for me, and most Christians, this coming Wednesday. I will go to church, have ashes rubbed on my forehead, and contemplate my finite life, a life in which I have many, many chances to turn around, express sincere sorrow, and be absolved by the God who loves me and wants nothing more than to welcome me back after I have strayed. And by doing so, I will join the worldwide community of faith, a community that for all our differences, honors the divine, and recognizes our shortcomings, and vows to do better in the future.

Nowadays, “I’m sorry” rarely leaves the lips of a large percentage of the general population. Apologizing is a sign of weakness. Admitting you were wrong leaves you vulnerable, in some cases (such as doctors) to lawsuits, in politicians’ circles, to defeat at the polls. I even noticed, among young people, that the heartfelt “I’m sorry” became a flippant “oops, my bad.” Which hardly sounds like an apology at all, does it?

This Lent, my prayer is that we all get back to owning up when we fall short, to self-awareness, to apologies offered and accepted. “I’m sorry” is NOT weakness. It shows strength of character. Giving and receiving forgiveness is a wonderful feeling, a key to a good life, and a good world. 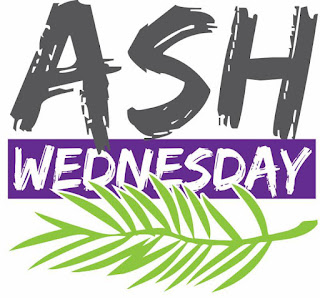 Posted by Elise Seyfried at 12:18 PM No comments: