A few months ago, PJ told us that the restaurant where he cooks nights and weekends, Victory Brewing Company, is opening a food truck this spring. They have asked him to run the food truck. He is very excited about this opportunity. At first, all I could think of was his college training in Secondary Ed (history). He has been substitute teaching ever since he graduated from Millersville University, but over the past two years he has gradually shifted focus towards the restaurant business. PJ loves it, so, gradually, I am getting used to the possibility that his future may involve more cooking and fewer history classes. My dream for him has taken a 180 degree turn.

Evan fell in love with physics in high school, and the love affair continued through his years at the Naval Academy. His analytical mind enjoyed the discipline, the process of discovery. His years in the Navy as an officer on a nuclear sub seemed to cement his desire to work in physics after he left the service—teaching, research, etc. Yet, at some point last year, Evan changed course completely. He discovered that he was fascinated by economics, specifically public policy. Having never taken an economics course in his life, he was nevertheless accepted to several graduate programs in the US, and the University of Barcelona abroad. As I write this, he is midway through a rigorous one year Master’s program in Spain, and is looking ahead to a very different future than I had pictured for him…again, a 180 degree turn.

In their own ways, my other kids have taken turns away from what I would have predicted. Rose is a project manager for a company that creates interactive videos, not a full-time singer/songwriter. Sheridan is a music teacher and church music director, still composing, but not exclusively, as was his trajectory coming out of the Curtis Institute. Julie is declaring her college major next week, vacillating between accounting and business—and this is a girl who HATED math in elementary and high school.

We live in a world where people are supposed to make one choice (of career or opinion) and stick with it, no matter what. There is, to many, nothing worse than someone who changes his or her mind. Yet that is the path of growth as people—to learn more and more about ourselves, which sometimes calls for a change of course. I hope and pray we will stop demonizing one another for daring to evolve in our thinking. There is too much rigidity in our world today, and too many people who trap themselves in a life they have ceased to want.

So…Bon appetit, PJ! Felicidades, Evan! Good luck, Sher, Rose and Julie!  I would love you no matter what you did for a living, but I am especially proud of the thoughtful choices you are making. Even the 180 degree turns are exciting and wonderful, and part of what makes you each unique.

Rose's "Black on Gray"
Posted by Elise Seyfried at 11:19 AM No comments:

Just a Drop in the Box

Happy Friday, everyone! I certainly hope your day is off to a better start than mine! I had planned to spend many hours happily and productively writing today, but so far it hasn’t panned out that way.

I have deadlines coming up for several projects. The biggest project is a series of plays I’m writing for a new company. They have found what I think is a great niche market—progressive Christian churches (with a grace-centered theology and more liberal views than fundamentalist churches.) There is certainly no shortage of material for the latter group. For instance, Vacation Bible School curriculum has been a real challenge over the years. One company we used for a while has catchy music, cool games and crafts. But we stopped using their stuff when the Bible skits included the plagues of Egypt, and the Crucifixion. Try explaining THAT to preschoolers!  Several parents told us their kids had nightmares, which is just what you love to hear about VBS. 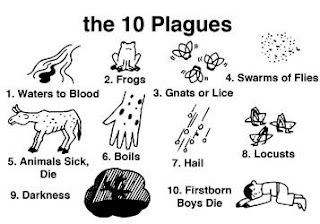 Anyway, this new company wants me to write three short skits, one longer play and an Easter production—all completed by March 10th. As it is I will be hard-pressed to finish everything on time. But I have been battling technology all morning, and not one word has been written. The editor put all of my files and folders in something called Dropbox. I tried to open the template I need to write the scripts. First, I couldn’t figure out how to open it. Next, I couldn’t figure out how to save it somewhere else. Finally, once I thought I’d saved it, I had erased everything (and my good friend Dropbox informed me that “no previous version of this file is available”). Poof! Gone! Now what?

I am 99% sure that my children use Dropbox, and I should probably have asked them before making this techno-mess. And the editor seems like a very nice guy, and said I should get in touch if I had any questions, but I just don’t think he was envisioning the 30+ stupid questions I have. I guess question #1 would be: why can’t I just write everything and email it to you? Once upon a time that seemed like the modern, tech savvy way to work. Now, it sounds as antiquated as if I was asking if I could write my stuff on parchment with a quill pen, and send it by carrier pigeon. It’s ironic that my scribblings are for “progressive” houses of worship, as “regressive” as I am when it comes to much of the 21st century world.

Oh well, time to suck it up and get on with it. I do take comfort in the fact that the core message I will share is timeless: God is a God of infinite love and mercy and grace, for everyone. And maybe if I just work on communicating that today and give Dropbox a rest until I can talk to the experts, the day won’t be wasted after all.
Posted by Elise Seyfried at 1:33 PM No comments: