Don't Worry! Be Happy! He is Risen!

Well gang, another Easter is in the books! While our attendance at church this year was fairly strong, several long-time members commented on the good old days, when they needed to set up chairs in the aisles, and park cars on the side lawn, to accommodate all the worshippers. As mainline congregations struggle to attract new members (and keep current ones), there's a whole lotta brainstorming going on. I believe in planning ahead, and so for next spring, I offer the following holiday idea, loosely based on the popular "drive through" Nativity scenes at Christmas. Ah, I can see it all now.....

Experience the agony of this Most Sacred Week from the warmth and comfort of your car! This is truly a meaningful and interactive spiritual odyssey. Perfect for families who want to do more than just show up at church in new clothes Easter morning, but don’t want to do MUCH more.

We begin as Danno the Donkey lumbers along. Jesus (young parishioner, Bobby Jones) clings to his back. The townspeople wave palms in His Holy Path. This is a great chance for the kids to get out, stretch, and join the parade! Palm swordfighting discouraged! And don’t get too near Danno, he bites.

When next we see Bobby, he is feasting with his friends, the Apostles. The aroma of fresh baked bread and vintage vino wafts through your auto here. You will have the opportunity to purchase a bottle of “Lachrymo Christi” and a fragrant loaf from My Daily Bread (downtown and in the Uptown Mall).

From the Garden of Gethsemane (landscaping courtesy of the Northeastville Green Thumb Club) to the windswept hill of Calvary, the Holy Journey continues at a steady speed of 2 mph. Jesus died for YOUR sins. Be sure to thank Him with a warm wave and a toot of the horn as you pass this Sacred Scene!

Drive on. Not much happening for awhile now. It’s a quiet, contemplative time, but just as the little ones are getting restless…

Ta da! With a blare of Glad Trumpets through our loudspeakers, it’s Easter Morning! Adorable bunnies hop amongst the colorful plastic eggs and fragrant lilies around the empty tomb. Are those baskets of burial cloth? Oh no! They are filled with complimentary jelly beans and chocolate crosses, handed out by Ladies of Little Lamb Circle at St. M’s. Don’t they (the ladies) look festive in their Easter bonnets? 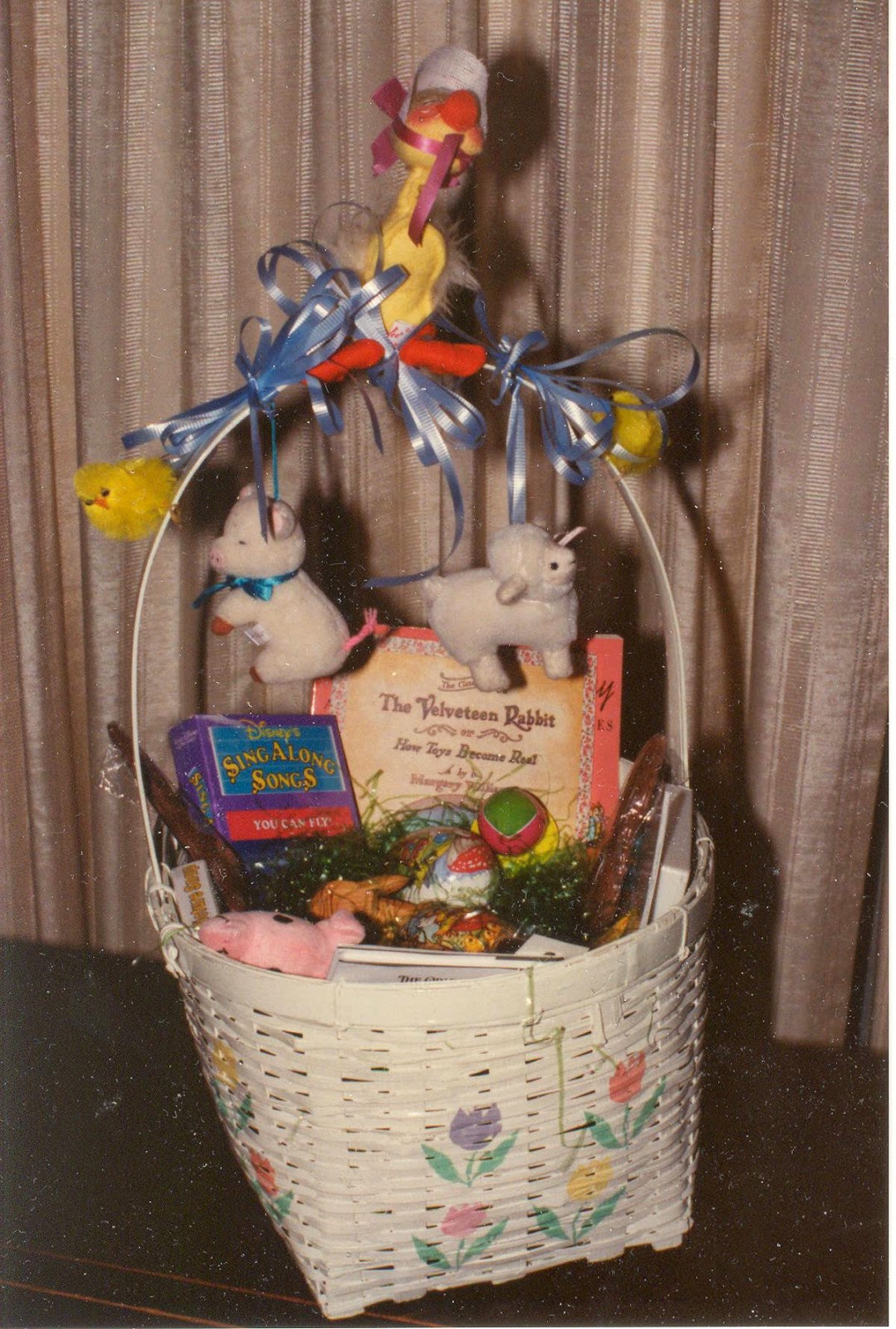 As you reach our Happy Ending and exit our Drive-Thru Holy Week Experience, keep an eye peeled for the risen Bobby, um, Christ! He, like Waldo, could be anywhere!

So you better watch out!!

Have a Blessed Easter, and Drive Safely!!

So what do you think? Should I run it by the Worship and Music Committee at church? Couldn't hurt!

As those of you who regularly read my blog know: I don’t do edgy. You could read my posts to your 90 year old grandmother without fear of ruffling her feathers.  Unless you are personally offended by a boatload of family stories, and my bellyaching about cleaning my house and organizing my office (and maybe you are! If so, I’m sorry and I take it all back!) there ain’t much in my writing to find objectionable. I work hard on my entries, and cherish my faithful readers (the few, the proud).

But sometimes I dream of going viral, of joining the ranks of the super-bloggers, those giants of the medium who number their fans in the hundreds of thousands. Even though I know my skin is paper-thin, and a lot of the snarky comments I find on other blogs would truly make my heart sink if aimed at me, I’m still jealous. Bottom line: I would love a wider readership, provided all those readers are always nice to me. Is that so much to ask?

I’ve thought about my yearning to be a little bit better-known a lot lately. At 57 I have a ways to go to become a household word, even in my own household. But I have to say, in today’s culture, it’s really hard to stand out in the size crowd the internet has created. And once you’ve “made it”, longevity in the limelight is another matter. Artist Andy Warhol predicted that everyone would be famous for 15 minutes. That was quite a few years ago; nowadays, turnaround time is more like 15 seconds. I love the joke about the rapid show-biz life cycle, voiced by an agent (“Who’s Sally Jones?” “Get me Sally Jones!” “Get me a Sally Jones type!” “Get me a younger Sally Jones!” “Who’s Sally Jones?”)  We seem to go from 0-60 and then back down to 0 at warp speed.

So what am I doing to broaden my fan base, as it were?  My Rose, she of the hilarious (and super-edgy) Facebook posts, thinks I’m playing it way too safe, literarily speaking. I don’t think she’s hoping I’ll pen the next “50 Shades of Grey,” but she’d love me to take on more wow topics sometimes, to make a bold stand in print. I always promise her I’ll try, and then my next article comes out and it’s Mrs. Namby Pamby again. Why am I so leery of saying anything that could possibly be polarizing?

One of these days (but not today), you’ll get my opinion on universal health care, gun control, capital punishment and gay marriage. You’ll learn that I support three out of four of these things.  You’ll also find out whether or not I’m a big fan of war. Or a safety net for the poor. Or more tax breaks for the 1%. For now, I’ll leave you guessing!

Whew! All this sharing is exhilarating! Who knew controversy could be so much fun?

"Remember My Name" from the movie "Fame"


Posted by Elise Seyfried at 3:11 PM No comments: