On the Transmigration of Souls 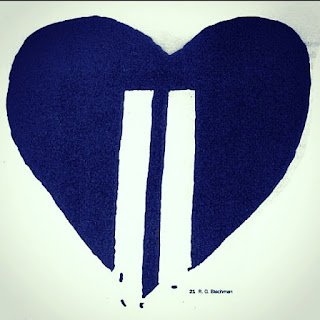 I remember I was watching the Today show when the first reports came in. It seemed a plane had flown into one of the twin towers. The next hours, along with the rest of the country, I watched, utterly horror-struck. Another tower hit. The Pentagon. Tower #1 collapses. Tower #2 collapses. Another crash in a field in western PA. So many planes falling from the sky to unspeakable destinies.

I remember that “end of the world” feeling. I remember driving to school to bring our children home. I remember that night, after it happened. The eerie silence in the skies as all the planes were grounded. It was as if we were all poised, listening for the next sound, and we heard nothing.

In the days to come, the how, the why were of course on everyone’s minds, but, pre-eminently: the who. Who happened to be at work early at the World Trade Center on September 11th? Who missed being killed because they missed a train, were sick that day? Who chose to jump from a 100 story height rather than face the inferno behind them? Who sacrificed themselves by plunging back into the crumbling buildings to save others? What were the stories behind the faces plastered on “missing” posters  throughout the financial district of New York City?

I was born on the lower east side of Manhattan. I know the area. I didn’t know a single victim, but still I mourned. My New York-based cousin Gerry went to far too many funerals in the days that followed, of friends who worked at Cantor Fitzgerald in the towers.

As it does, life went on. The families of the fallen did not readily recover, still have not, never really will. And now here we are, 14 years down the road. My Sheridan, who was 17, is now 31. Little 6 year old Julie will soon turn 21. They have their own memories of that terrible day, and as time passes, those will fade.

So what do we hold onto, as 9/11 recedes into the past? Not hatred, I hope. Not retribution, I pray. I think we need to hold onto the silence that followed the noise.  I believe in that silence, if we really listened, a loving God spoke to us. “I have caught them all in My arms,” He said. “They are safe with Me.”

We none of us know our last moment on this earth. It may be a momentous, hideous event. It may be a final gentle breath as we drift away at age 90. But I think we need to find peace with that knowledge, and remember that we are, all of us, caught in God’s arms, and that whatever comes after this is glorious. Glorious.

So bless the victims, the survivors. And as in the Middle East other precious people’s world continues to implode, we pray that we humans may finally learn, and say, and mean, never again.  In the end, please God, may love win,

John Adams' On the Transmigration of Souls


Posted by Elise Seyfried at 7:14 PM No comments: